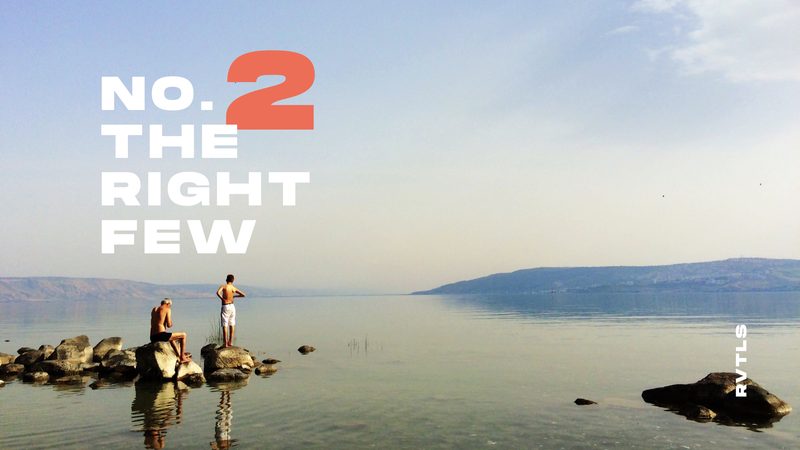 Remember when Jesus multiplied five loaves and two fish? One of the key lessons here is that the cost of multiplication is the crowd. When we are divided up into smaller ranks, people can be better mobilised and ministered to.

This was Jesus' strategy. Early on He broadcasted His message as He went from village to village, teaching about the Kingdom. The people He would need later on were recruited during this phase. But once He had His core followers, He shifted His approach and spent more time with a few, and less time with the many.

Only the Holy Spirit knows the right few.

Jesus wasn’t asking random people to follow Him. He was being led by the Spirit because only the Holy Spirit knows the right few.

Who are the few people in your world right now that the Holy Spirit wants you to relationally invest into?