One Good Word a Day: Invitations to Encourage, Deepen, and Refine Your Faith 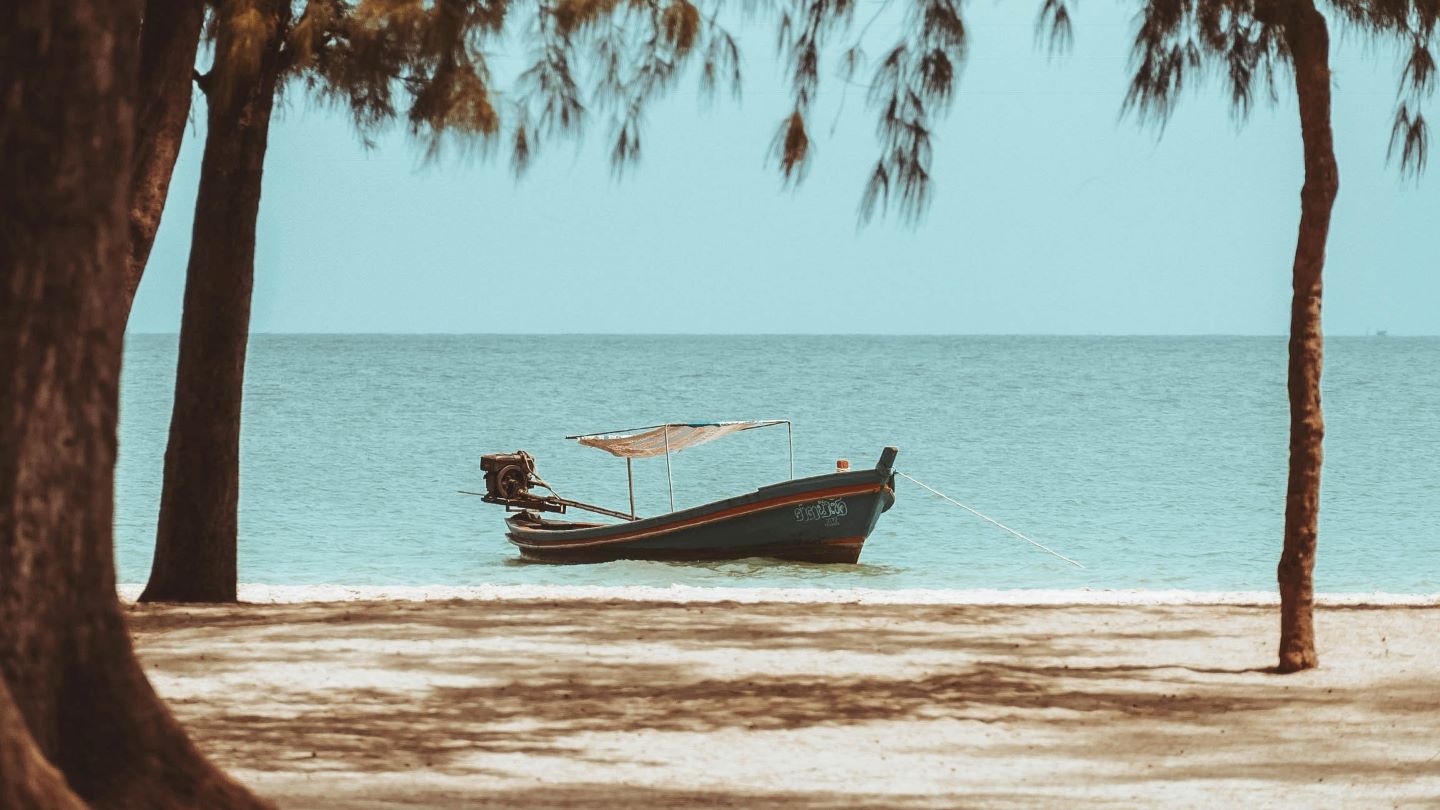 “We’re drifting! Julie, drop the anchor!” Aaron’s voice had that particular edge it only gets when things have gone awry and life is teetering on the edge of dangerous. The boat wouldn’t start, and the unrelenting waves were sweeping us toward the wild, uninhabited shoreline on the opposite end of the lake. I’d been trying not to panic in front of Lizzie and Jonny, but the situation felt precarious. There were no good options if we couldn’t get the boat started.

As I maneuvered the anchor from its place and awkwardly pushed it overboard, I wondered whether such a small piece of metal could actually hold against such a blustery wind. It did. We gently tugged to a stop and continued bobbing on the waves, but moved no further toward the rocky shore. It gave Aaron time to problem solve, and twenty minutes later, we were puttering our way back to the dock. When the motor kicked to life and I began slowly, hand over hand, pulling up the anchor, my mind turned to Hebrews 6:19 and its imagery of an anchor.

Jesus is our hope, and like that tiny anchor that held my family safe while the wind blew and the waves pounded, he is a strong and trustworthy foundation. He is steady and unchanging in a world that gives us merely the illusion of control. When that illusion is stripped away in the midst of financial woes, health issues, and strained relationships, Jesus remains, offering us a safe place to cling until we can catch our breath and the proverbial waters have calmed. He is our anchor in a chaotic and uncertain world, our certainty when nothing is certain. He is our greatest hope.

Lord, thank you for being our hope and our anchor, holding us steady and secure when we often feel like tiny boats being tossed among enormous, unrelenting waves. Amen.

One Good Step: Memorize today’s verse. Write it on a Post-it Note and place it where your eyes will see it until you can repeat it without cheating. Meditate on the idea of Jesus as your anchor during those hard seasons.