"WHAT HAPPENS AT DEATH?" 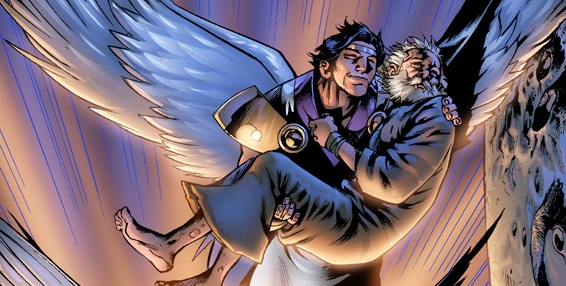 Jesus could have said, “When Lazarus died, his spirit drifted without a body into a realm without sin and pain, and the rich man experienced a spiritual sort of suffering.” But he didn’t. It seems unlikely that Jesus would have depicted the afterlife in such concrete detail if it had nothing to teach us concerning the nature of Heaven and Hell.

What does this story teach us about what happens when we die?

Perhaps we should consider an interpretive position which doesn’t insist that every detail is literal but which recognizes Jesus’s intent: to picture people in the afterlife as real humans with thoughts and capacities and forms, and with the same identity, memories, and awareness of their lives and relationships on Earth.

Surely Jesus intended us to envision both Heaven and Hell as real places where there are real people who came from Earth. Every one of these teachings is directly or indirectly suggested in other passages—but none as graphically or memorably as this one.

In what theologians call “the intermediate state,” all people await the time that Jesus foretold, “when all who are in their graves will hear his voice and come out—those who have done good will rise to live, and those who have done evil will rise to be condemned” (John 5:28-29). Until that day comes, Scripture teaches that those who die will go to either the present Heaven or the present Hell, as conscious human beings with memories of their lives and relationships on Earth. Those in Hell will live in misery, hopelessness, and apparent isolation, while those in Heaven will live in comfort, joy, and rich relationship with God and others.