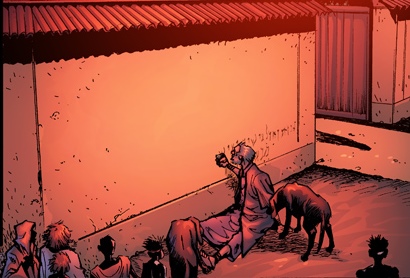 Some believe this story is no more than a parable intended to convey the after-death consequences of our choices made on Earth. They believe that Lazarus and the rich man were fictitious, and that references to fire, thirst, finger, and tongue were not intended as physical realities. While I don’t believe that every biblical account should be taken literally, I think it’s a mistake to dismiss this parable as strictly figurative based on assumptions that the afterlife consists of disembodied people in a non-physical realm.

Did you know that this is the only parable in which Jesus named a character? If Jesus made up the events, including the name of the poor man, why would he choose the name Lazarus—the name of his close friend, who was actually rich, not poor? It’s more likely that Jesus called the man Lazarus because he was a real man, and that was his name. If so, it increases the probability that Jesus was telling us about two specific men and what happened to them after they died. But whether or not that’s the case, Lazarus and the rich man certainly represent two kinds of people, one in right relationship with God at death, the other not.