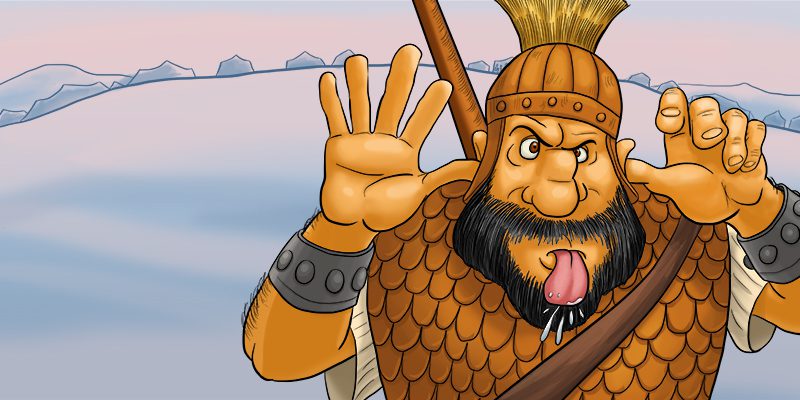 You don’t have to be a superhero with super powers to face your fears! Everyone in this world will eventually face some sort of fear. Some fears might be a fear of a punishment, a test, a bully, a dark room, a wild animal, a tall cliff, a bug, a snake, or even a fear of telling the truth. Sometimes, those fears become giants that stand in our way and keep us from living the lives God planned for us.

When David faced the giant, Goliath, he had every reason to feel scared. He was a young boy; Goliath was an adult. David was small; Goliath was huge. David had a slingshot, five stones, and no armor. The giant wore a helmet and heavy armor. Goliath had a sword, a spear, a shield, and a whole army to back him up. The army of Israel stood frozen in fear and refused to fight. David was alone. . . or so it seemed!

God was with David. God gave David strength and protection. Who can hurt the God who created everything? No one! God was David’s armor, and he helped David when he was in trouble. God fought the battle for David and gave him victory over all his enemies. David threw one stone, and it was a perfect shot. David won! Praise the Lord!

It’s not about what you have to face your Giants. It’s all about who you have. With God nothing is impossible.