Why didn’t she talk to him and ask for his help? Perhaps she felt unworthy, not only because she was a woman, but also because she would have been considered ‘unclean’. Perhaps she didn’t want to bother someone like Jesus, especially when he was with important people, like Jairus. Whatever her reasons, what she did was to have great faith in Jesus.

And then her secret action was revealed. She found herself telling everyone what had happened, and Jesus acknowledged her great faith publicly.

The mood would have changed dramatically with the news that Jairus’ daughter had died. How would Jairus have felt? Angry that the woman had delayed Jesus? That if he had not stopped, they would have been in time?

Jesus’ words to Jairus to have faith were clear. Those words are true for us too. Don’t worry! Have faith. And, as Jesus said to the woman, ‘May God give you peace!’ 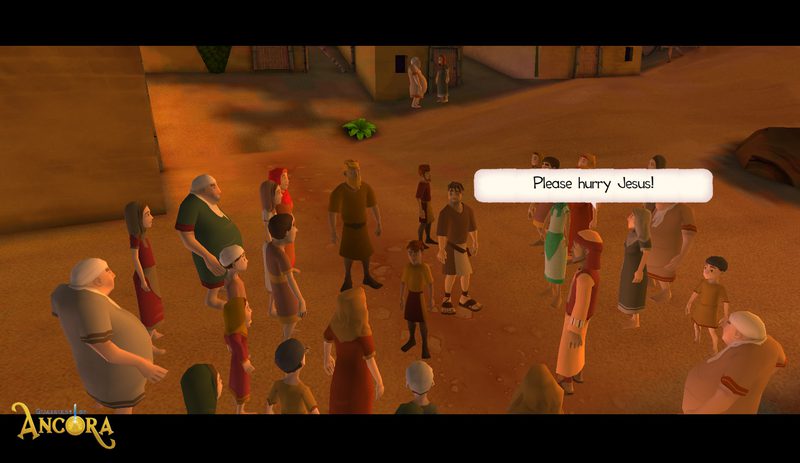 This Bible story is about drastic situations: being ill for a long time, dying or losing a person you love. In your family, how do you help one another when times are difficult and things go wrong? 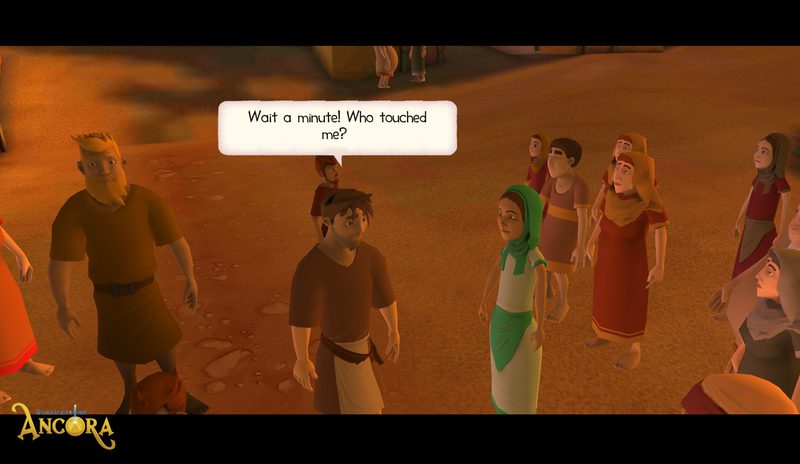 A prayer written by a child for your family to say together:

Thank you for helping us when times are rough for us.

Please help the poor and those who are ill.

Please look after us.’

Switch on your game device, go to the Spire and select the Bible Quest ‘Jesus and Jairus’ (tap the ‘game-controller’ icon). If you have several devices, play the game at the same time. Or watch each other play, in turn.

Have you completed the first chapter of ‘Jesus and Jairus’? See how you get on with Chapter 2 today.

Jairus’ daughter is dying and he is desperate for Jesus to come and make her well again. People in the crowd are pressing in on all sides and Jesus has stopped. He says someone has touched him. He felt power go out of him.

Now there’s a woman saying she’s better. Touching Jesus’ cloak has healed her! Fabula can’t believe it! But now someone from Jairus’ house is saying that Jairus’ daughter has died. Oh, no!

What will happen? Come on, Jesus!