Do You Know Why God Made You?

I discovered my purpose late in life. I grew up thinking that my destiny was to be the next Jack Nicklaus.

I started playing golf when I was 11 years old, and my dad encouraged me greatly in this area. I eventually became a very good junior player and even received a golf scholarship to a large university. I thought I was well on my way to becoming a professional golfer on the PGA Tour. But when I finished school and turned pro,I quickly grew frustrated and disillusioned with my inability to get to a level to play competitive­ly as a professional.

Our family had always been a church-going family, but we knew little of the concept of walk­ing in a personal relationship with God. However, when I was 14, my dad was killed in an airplane crash, and this accident ultimately led my mom to a more intimate relationship with God. Through her influence and that of a pastor, I became a Christian in 1974.

As the years went by, I decided that golf was no longer the profession I felt God wanted me to be in. I made a career change into sales and mar­keting, but after being in various jobs for six years, I found myself longing to grow more in the Lord and serve Him in a greater capacity.

I was involved in starting a church with two other men who were seeking to be used by God, and this led me to begin thinking about whether I was really "sold out" for God and needed to go to seminary. "Perhaps I am really called to be a pas­tor," I thought to myself. I decided to take a leave of absence from my job and go to a three-month Bible study course at a retreat center in Califor­nia. I then decided to move to Atlanta to serve as an assistant pastor, only to have the position re­moved after three months. This caused me to go back into the business world. In hindsight, I see that this was the hand of God.

Through it all, I learned that I was never cut out to be a pastor or to have a "vocational min­istry"; I was designed to be in business. On the other hand, I could not help but think of myself as a "second-class" Christian who was not quite sold out to the purposes of God. I don't believe that anyone was saying this to me; it was more implied by the Christian culture around me.

Why God Made Os Hillman

In 2002, I met a woman named Brenda who spe­cialized in working with executives in career tran­sition. She had a keen understanding of how to help people understand their core purpose in life from God's perspective, and she challenged me to go through this process. The goal at the end of the day was to create a five-to-seven word state­ment that defined my God-given purpose.

During this process we identified my core strengths that most represented me, such as teach­ing, networking, shepherding, communicating and writing. All of these were attributes of my life.

We then word-smithed these four attributes into a statement. The core reason God created Os Hillman was to articulate and shepherd founda­tional ideas that could lead to transformation.

The interesting thing is that my core purpose had been modeled even before my salvation as a teaching golf professional, a business consultant and an advertising agency owner. I had "articulat­ed and shepherded" ideas in each of these arenas.

I could articulate and shepherd you to be a better golfer or better business person. Today God is doing this in a spiritual way through writing, mentoring, and leading a movement to help people understand their work as a calling.

It is important that your statement be unique to you. It should not be too generic. For instance, "God made me to love God and others." That is too generic; this could be said of everyone. 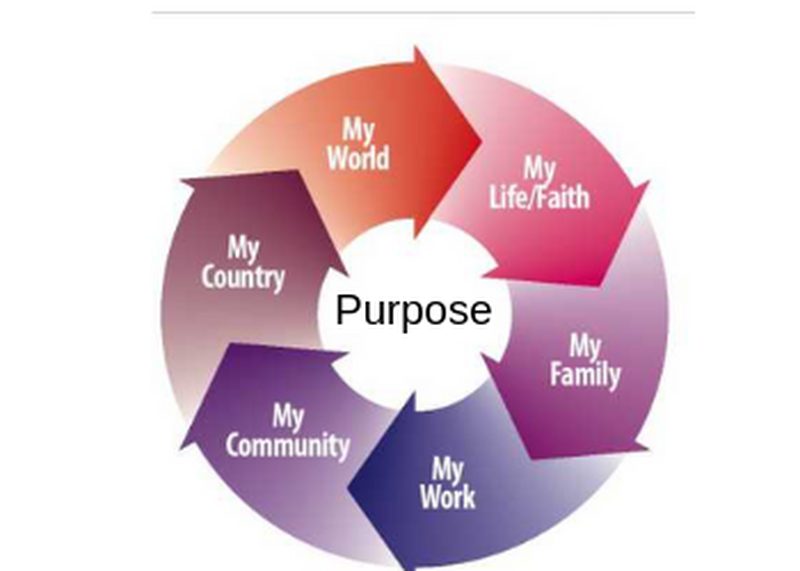