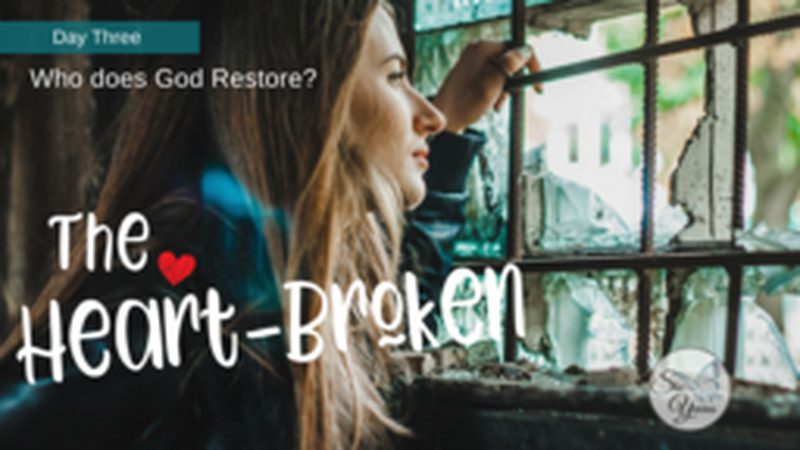 My sweet friend has a life story no one would guess and none would envy. Tragedy began early with the death of her brother in a drowning accident. The loss was bitter for her family, but this would only mark the beginning of tragedies to come. After she married, her husband experienced a massive heart attack leaving her alone with three small children. She soon buried her parents. But in the middle of heartache, God graciously introduced her to a gentle soul who, too, had experienced suffering. They married and together raised the children.

After the son married, his wife experienced an aneurism while pregnant. The baby, alone, survived. The son remarried, still in his twenties, but passed away all too soon. If that were not enough, his second wife became ill and died, leaving this grandson an orphan. When the grandson grew up, his car was struck by a drunk driver, instantly killing the young man.

My friend has experienced heart-wrenching calamity resembling that of Naomi’s in Scripture. Both realities beg the question: How does one live through such heartbreak without bitterness or psychotic depression? I didn’t know my friend during those years, but I can imagine she responded much like Naomi. The emptiness would be unbearable. Choosing to get up in the morning or stop crying or feel again become legitimate struggles. There are no psychological quick fixes or human solutions for how to push through cavernous wounds loss creates. But we can be certain God is close to the brokenhearted. He saves those who are crushed in spirit, and He heals them.

I asked my friend how she got through all the loss and brokenness. She said, “I don’t know exactly. I just know, God was with me every step.” I couldn’t get out the door for her battery of blessings she needed me to know. “I am so blessed!” she said. How could she say such a ludicrous thing after all she had been through? It was as if I had opened a pipe plugging Niagara Falls. “Let me tell you…The Lord has seen me through everything…!” And I sat down to an afternoon of wonder and awe.

I don’t know what you need in your life, but I know God is faithful to His Word.

He can replenish what the locusts have eaten.

He will be with the brokenhearted every step of the way.