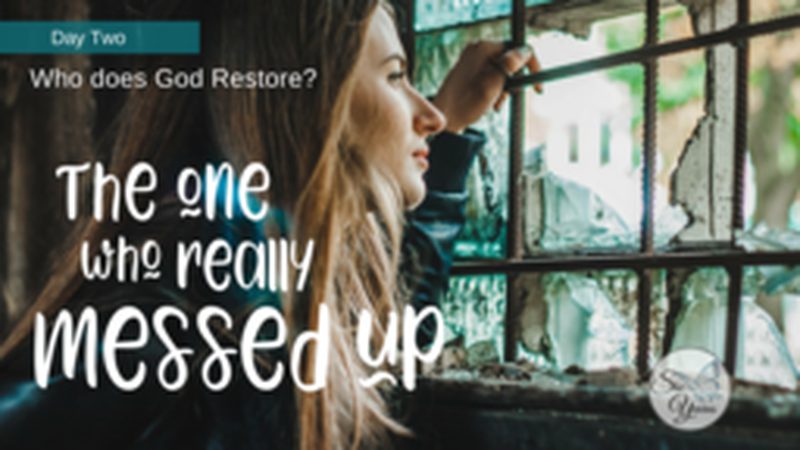 The Bible is chock full of narratives portraying individuals who really messed up. Today our focus turns to Aaron, the brother of Moses. Why look at him? Well, Aaron is more like us than we would like to think. He blew it; and he knew better.

Aaron was what we might call a Spiritual Elite. God had chosen him to lead. He was serving in a prominent position, and the people revered him. Scripture describes him as the mouthpiece between Moses and Pharaoh. Privileged was this man to be on the platform as one announcing the Word from the Lord. If all this were not enough, previously Aaron had been selected to go up the mountain into the very presence of God (Exodus 24:11).

It was in the midst of all that awesomeness and honor that Aaron blundered. This trusted pillar botched it to the degree we would have exercised church discipline at a minimum, unfriended him from all social media platforms and blocked his number.

Within a short stent of leadership, Aaron caved to the people’s demand to forsake the Lord and made idols for them to worship. He was like a sympathetic substitute teacher who allowed his class to run amuck, subsequently aiding their bad behavior. Then he lied about his participation in the theatricals to cover up his failings.

Aaron proved to be a lousy leader and undeserving of responsibility involving the worship of God. Ironically, in the middle of Aaron’s gross offense, God was preparing to give him the priesthood!

Oh how I wish we had the backstory! I want to hear the exchange. Can’t you imagine Aaron’s own repulsion of his wickedness? Think of the shame, the embarrassment and the problems that could haunt him for the rest of his life--all stemming from his weakness demonstrated in those nauseating moments?

But there in the midst of his shattered shards of failures and regrets poses the infinite wonder of a God who forgives more than He should and entrusts more than we would.  Where we brand ourselves “Unworthy,” wallowing in shame and defeat, God offers restoration. Aaron is given a new identity: Holy to the LORD.

For those of us who have experienced the weightiness heralded by our own blunders, thinking our use to God is null and void, there is hope.

God restores people like Aaron who really messed up. He will restore you, too.