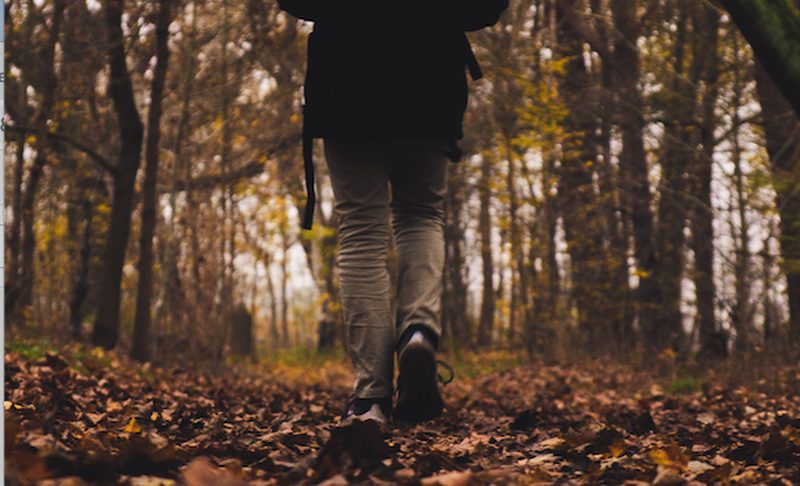 True faith means holding nothing back. It means putting every hope in God’s fidelity to his promises. — Francis Chan

The idea of “having faith” is something we often throw around. Our culture has deemed “just have faith” the answer to just about every problem that doesn’t have a clear solution.

And although I do believe our faith lays the foundation for our walk with Jesus, faith without internal and external action is profitless. We can say, “I have faith,” but if our hearts and souls aren’t ready to back up that statement, then what good is it? Faith is a living, bold trust in God’s grace—so certain of God’s existence that it would risk death a million times.

Looking to Scripture, a man named Peter gives us a wonderful example of faith initiation. Although Peter was mocked on various occasions for his childlike actions, he was a faithful servant who loved Jesus with all of his heart. Matthew 14:25–29 paints a beautiful picture of Peter’s faith and trust in Jesus. Here, Peter is given the opportunity to internally and externally initiate his faith by stepping off the safety and comfort of his boat. Amid the crashing of waves and rolling of thunder, Peter takes a step of faith toward the ultimate goal: Jesus.

We can make fun of Peter all we want, but if we’re really honest with ourselves, I don’t see anyone else faithful enough to step off that boat. Sometimes having faith means engaging in something so bold that you will end up looking stupid if Jesus doesn’t come through.

Of course, Peter’s not perfect. Far from it. One of the other stories that Peter’s so well-known for is his denial of Jesus. Three times Peter denied Jesus. “You’re not one of that man’s disciples, are you?” he was asked. “No, I am not,” Peter replied. After everything Peter had been through with Jesus—after walking on water with Him!—his faith wavered, and he still couldn’t go all in. But his story doesn’t end there. It’s believed that Peter later died a martyr’s death for Jesus.

Faith isn’t a fire hose that you turn on once and keep going full blast forever and ever. I wish I could claim a faith like that, but it just doesn’t happen. Faith changes. It wavers. Some experiences in life will shake your faith; others will strengthen it. The same Peter that steps out into the storm later denies Jesus and even later is killed for his relentless faith. The important thing is to hold on to the faith God has given you and to act on it!

How should your faith in God impact your behavior? What needs to change in your life to better demonstrate your faith?