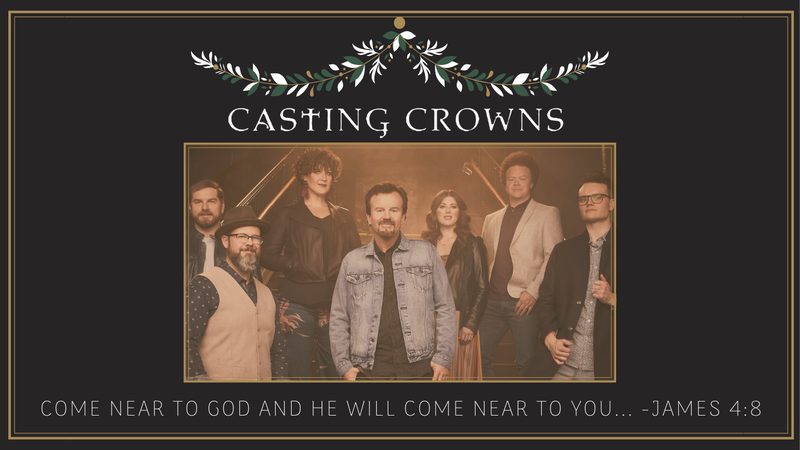 Day 1: The Innkeeper by Mark Hall of Casting Crowns

My dad surrendered his life to Jesus Christ when I was about seven years old, and everything changed in my house. Dad began taking my family to church and singing in the church choir. One of my biggest memories of his music was Christmas every year because he was always in the church’s Christmas musical.

As cool as it was for dad to sing, my favorite singer was Mr. Roy Reynolds, the church bass. When he sang, he would curve down his lower lip and sing really low, and you could always hear him. I was a kid, so he was my favorite one to watch because of the funny faces he made. In the Christmas musical, Mr. Roy played the innkeeper, which was big for me, because he sang a song called “No Room.”

Our Christmas musical had one of the deacons and a lady in the church dressed up as Joseph and Mary. They wore bathrobes and cloths draped over their heads, and they carried a doll to represent baby Jesus as they made their way up to the stage. On the small set, they would go from door to door, knocking to find a place to stay. Finally, they reached a door at the inn. Mr. Roy stepped out, and he was so excited about his line. He had one line, delivered in that booming low voice: “NO ROOM!”

I remember thinking that the innkeeper was the villain. He was a bad guy and should’ve been wearing a black hat because he was the guy who shut down Jesus. Jesus came to Earth to save the whole world, and this guy puts him in a barn. That makes all of us feel better about ourselves because we’re not the innkeeper. We make ourselves believe we’d never turn away God if he came to Earth.

I recently told a pastor this very story behind my song, “Make Room.” He listened and smiled. “You know,” he said, “The innkeeper gave him a place. He just didn’t give him the place.”

The more years I spend with the innkeeper in this gospel story, the more I see he’s a little more like me than I’d like to think he is. He’s more like all of us. As you go through this Christmas season, how willing are you to stop and make room for Jesus? How willing are you to give him not just a place, but the place?