10 Days of Christmas Truths to Live All Year 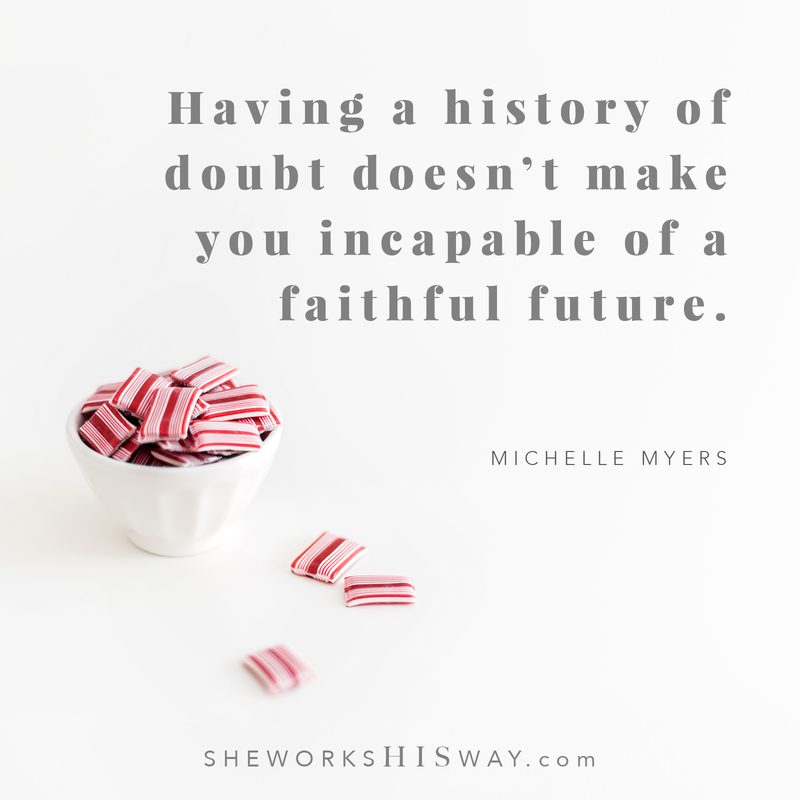 Similar to what many of us will encounter at one time or another, Zechariah’s faith was challenged, and he chose to give more weight to his own reasoning than a promise from God.

We serve a God we can trust with the impossible. We have real limits, but He does not.

Be honest with yourself today: Are there any “facts” about your life that weigh heavier in your mind than what’s possible through God?

Human logic is a tool, and it’s one that God gave us to use. But when human logic comes face to face with a promise from God, God’s Word must always stand superior over our own knowledge.

God accomplishes His will however He pleases.

The way God chooses to work often leaves us dumbfounded, because God’s ways are so much higher than ours. We can’t expect or predict how He will act.

But just because we can’t figure God out doesn’t mean we have to doubt Him. In fact, a God that we could completely figure out wouldn’t be God at all.

Having a history of doubt doesn’t make you incapable of a faithful future.

When Zechariah doubted, the angel told him he would be unable to speak until the day John was born (Luke 1:20). When John was born, others were confused when Elizabeth said his name would be John because “they had no relatives by that name” (Luke 1:61).

Zechariah took his chance to change his mind and act in faith. He scribbled on a tablet, “His name is John,” and he was able to speak again.

Our God is a God of many chances. You can make the choice right now to begin taking God at His Word, praise Him, and get involved in His work in the world.

God, stop me whenever I believe the lie that my way is better than Your way. Fill me with humility so I remember that You don’t owe me an explanation when You require my obedience. Reveal the blinders of my own pride. I know that You have no limits. Help my unbelief, Lord. Use me however You need to for Your glory. I love You. Amen.