YOU NEED AN ENCOUNTER

The word 'encounter' simply means to ‘run into’, and running into God is the best thing that can happen to us. We need an encounter because only an encounter with God can transform us and give us purpose and direction like no other.

Miracles are good; signs and wonders are good; prophecies are good, but God doesn't want you to live off it. All of the above have to lead you to your moment of encounter with Jesus.

The Samaritan woman’s life got radically transformed when she had an encounter with Jesus (John 4: 4-42). Further, God used her testimony to draw many other people from Samaria, but they never really entrusted their lives to Jesus until they had an encounter themselves.

Finally, they said, "Now we have heard for ourselves and we know that this man is the Saviour of the world" (John 4:42). 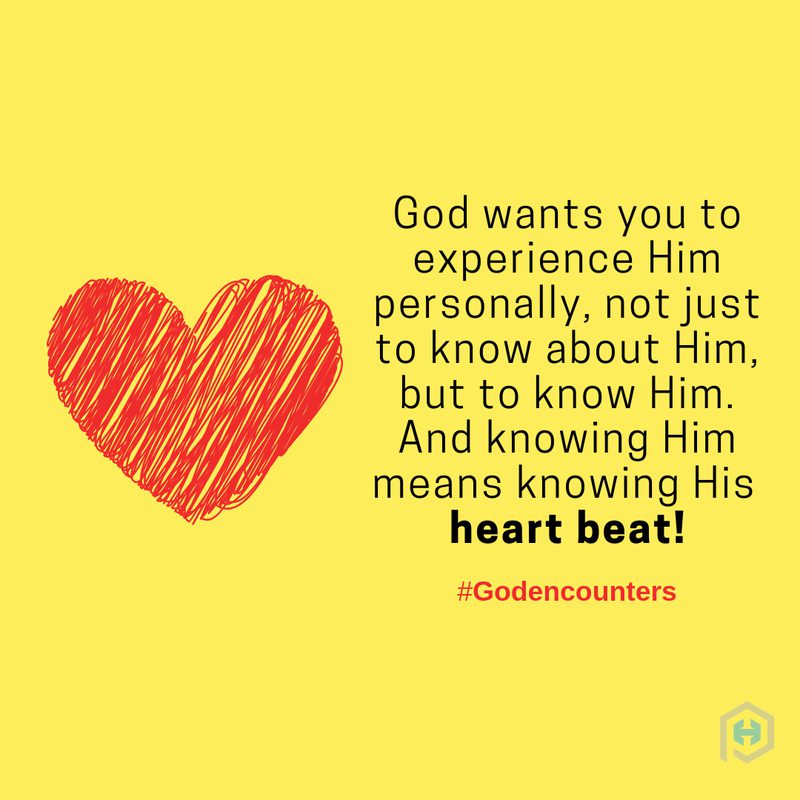 You see, someone else's encounter with God cannot change you, but it should motivate you to encounter Him, too. Think about Saul (Paul) who saw the apostles performing miraculous acts—including Stephen at whose murder he was present—but all this made him even more hard-hearted!

But when Saul had an encounter himself, his life was never the same. God spoke to him and said, "It’s hard for you to kick against the pricks!" (Acts 26:14). This is the place where many of us can find ourselves in. God has been calling us for a long time now and He has been waiting to reveal Himself in a greater measure of intimacy. But we have been kicking against the pricks, nudges, and knocks at the door of our heart. He is waiting to encounter us, but we have been running into the wrong things, spending time in the wrong places and our hearts have been drowned by the lure of the things of this world.

But now is the time beloved, He is standing at the door of your heart, are you ready to encounter Him afresh?

God wants you to experience Him personally - not to know about Him, but to know Him. And going to a church or reading the Bible is not knowing him but knowing Him means knowing his heartbeat.

While the Israelites were seeing the miracles of God daily, Moses was experiencing encounters. Psalm 103:7 says, He made known his ways to Moses, his deeds to the people of Israel.

While there were many who received their miracles from Jesus, but only those who ‘encountered’ Him, became God-chasers. May you and I be counted among the latter!

1. Have you encountered God one on one?

2. If yes, when was your last moment of an intimate encounter with Him?