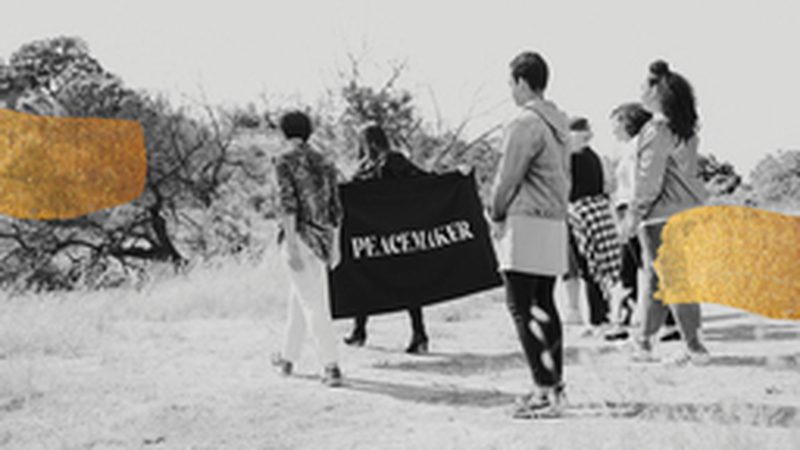 Peace in the Storm

One day, Jesus spent many hours teaching and healing people. The day was full, and he must have been tired and ready for a rest. That evening, along with his disciples, got into their boat to cross to the other side of the sea. As soon as Jesus got into the boat, he grabbed a cushion to use as a pillow (his DO NOT DISTURB sign). He was seriously going to sleep. And he did.

The “other side” lay at the end of a six-mile journey. Several of Jesus’ disciples were seasoned fisherman, having fished on the lake for years. These men were handy with oars, sails, and every way the wind would carry - the Lord was in safe hands when he boarded that boat. This was their realm, and Jesus could leave the sailing to them. Or so they believed.

As they were crossing, a storm of hurricane proportions arose unexpectedly. Of course, the disciples were taken by surprise. They were accustomed to what the changes in the sky’s appearance would be when a storm would form, and they probably would never have left the shore if they thought a storm was coming. So they were surprised to find the waves beating against their boat, threatening to overturn and sink their vessel, and they were afraid.

And yet, in the midst of the storm, Jesus slept!

The disciples were drenched and at the mercy of the raging winds. The storm was so terrifying that they woke up Jesus. But not just a little poke and shoulder. The word awoke in this passage is the same word that is often used when referring to being raised from the dead. They jerked him up and said, “Hey, don’t you care about us? We are perishing!”

Jesus barely took time to wipe the sleep out of His eyes before He took care of the situation. He rebuked the wind and the waves and said, “Hush now! Be Still! And the wind ceased, and there was immediately a great calm - a perfect peacefulness.” One word from Him and the winds and waves would do His will.

Then Jesus turned to his disciples and asked why they were afraid. He asked them why they had no faith. He was not talking about faith in the abstract-or faith in a vacuum. Faith always has an object. It is linked to something or someone. We exercise faith in the pilot when we board a plane, when we hand over a deposit at the bank, and when we visit a doctor,

Jesus asked His disciples why they had no faith - in HIM. Jesus challenged them: Why did you fear? Why don’t you have any faith? Why could you not trust Me - Me?!”

He asks the same question of you and me today. The presence of Jesus on our boat does not necessarily guarantee a smooth passage. What we are promised is His presence in the storm, in the middle of the chaos. He is in our boat, and He is at rest. He wasn’t sleeping because He didn’t care; Jesus was sleeping because this was no big deal. The same God who called you to the other side is not panicked in the middle. You might be. I have been. But He is not. God’s intention for you and me hasn’t changed. We have been promised a future filled with hope. This storm does not change that. The chaos does not change that. The confusion does not change that. He is Lord of the whole journey, and He is Lord of this moment. He may not speak peace to every wave, but He will give us peace in the middle of them. Peace does not come with fewer problems, but with trusting Jesus.