The fight no one sees 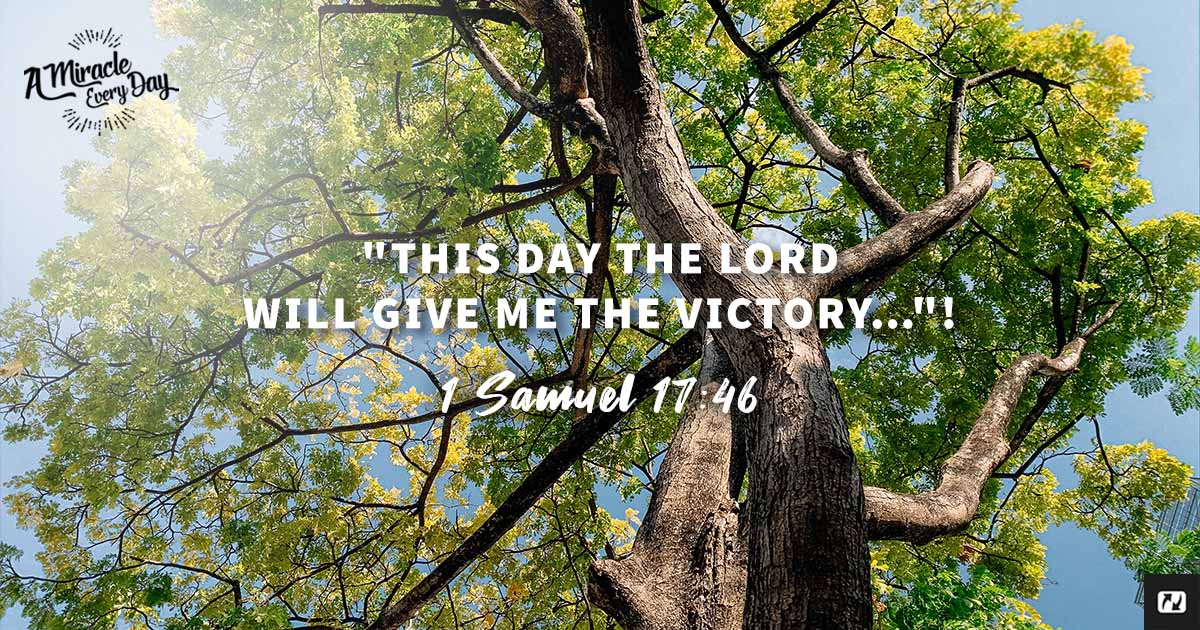 "Déborah, can you help me? I keep struggling with my eating disorder—it's like a giant between me and my thoughts—it will not let me rest." Yes, my dear friend, I can help today. Over the years, this is a giant I have struggled with, having had over one hundred relapses myself. I can only overcome this fight because I know what it means to cling to God's hand with the last of my strength and realize, "Now it's going to take a miracle; I can no longer do this on my own. God, I will release this to You."

When David stood before Goliath, the giant also looked overwhelming, but David had already experienced too much of God's goodness to give up the fight. In times when no one noticed, he had fought battles in solitude, without an audience—battles he knew he couldn't win on his own.

Even King Saul laughed at David when he wanted to take on Goliath: "...'You aren't able to go out there and fight that Philistine. You are too young. He's been a warrior ever since he was a boy.'" (1 Samuel 17:33, NIRV)

David, in confidence and knowing the battle belonged to God, reminded King Saul (as well as himself!) of all that he'd already experienced with God: "...'I've been taking care of my father's sheep. Sometimes a lion or a bear would come and carry off a sheep from the flock. Then I would go after it and hit it. I would save the sheep it was carrying in its mouth. If it turned around to attack me, I would grab its hair. I would strike it down and kill it. In fact, I've killed both a lion and a bear. I'll do the same thing to this Philistine…'" (1 Samuel 17:34-36, NIRV).

Saul then let David fight. And as we know, David won this fight against the giant, standing in the confidence of God's plan. (see 1 Samuel 17:41-51, NIRV)

When you fight your battles with God's help, these battle memories become precious things to hold on to! When you fight your battles with His help, you will realize that without Him, you won't get anywhere—but with Him, you always win! If you are walking through a battle today, I encourage you to look at God's wins for you in the past to gain the confidence to face today's battle head-on!