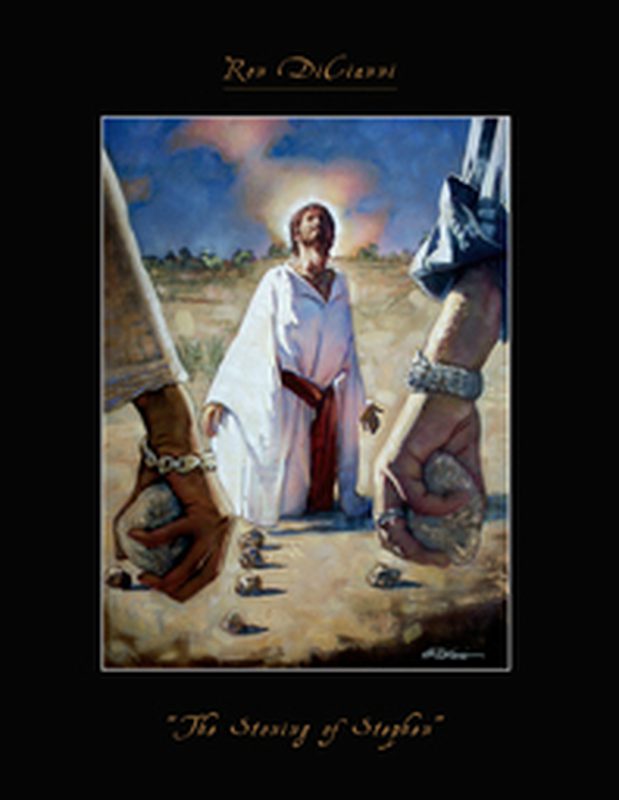 The Stoning of Stephen

The year is 35 A.D. Just 5 years after the crucifixion of Jesus.

A young Christ follower named Stephen is brought out into the street to be stoned to death. “Religious” people, upset that Stephen had the courage to boldly speak out against their rejection of Jesus, judge him with the full force of their wrath. What Stephen did was “politically incorrect” in the thinking of that day, so stones were picked up and a good life was taken.

The year is now 2017 A.D. Many “Stephens” continue to feel the sting of the rocks thrown by misguided people. We are a bit subtler in the punishment we choose for the perpetrator these days, but we still let the “stones” fly, don’t we? We may not kill people physically, but we execute character, bury reputations, and malign our spouse, our co-workers, and our pastors/leaders, etc., with the subtle salt of gossip and slander.

However, Jesus still sees it all. Just as He was standing over and granting courage to Stephen, He stands now to give courage to all who suffer the pain of hatred in all its forms. Chances are, you, as have we all, have been on both sides. If you have ever been hit by the “stones” of hate, or have thrown them, our prayer is the same—that you forgive.

As the Master Himself said when He was confronted with the rage of those who brought to Him a woman caught in the very act of adultery, ”All right, stone her. But let those who have never sinned throw the first stones!”

… Yeah … I don’t think I’ll be doing that anytime soon. You?

Ron DiCianni is one of today’s most renowned American Artists. His work has been featured in the Smithsonian, he’s painted the President of the United States, and he was at one time the official illustrator of the Olympics. He has collaborated on over 50 book projects; working closely with names like John MacArthur, James Dobson, Max Lucado, Joni Earckson-Tada, Jerry Jenkins, Randy Alcorn, Frank Peretti, Max Davis, Karen Kingsbury, and Michael Card.

He is currently working on A Painted Visual Bible for Families. Learn how you can help more at The Garden City Project. Also, join Ron and friends, and 150 other presenters from over 70 countries in a global conference on creativity, Make Jesus Culture.