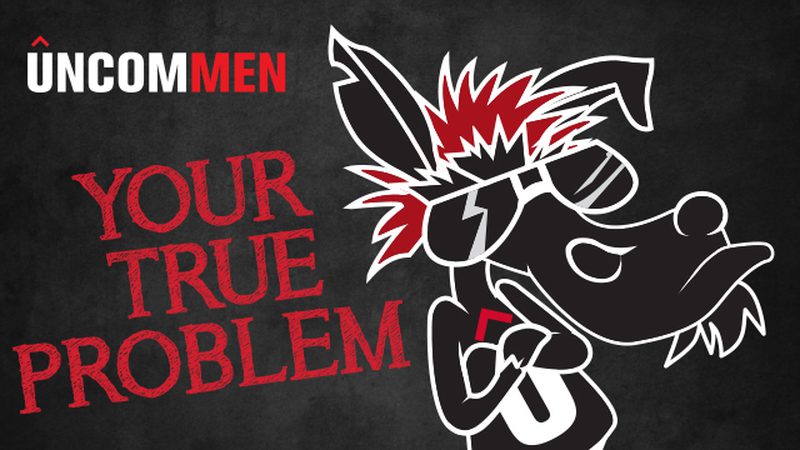 It’s uncommon for men to freely admit they have a problem.

Despite our better judgment, we don’t like to ask for directions; we don’t want to go to the doctor; we don’t ask for help.

At 55 years old, in the dead of winter, my grandfather climbed a ladder to drop a dead tree limb. When the limb and the chainsaw kicked back, he was knocked off the ladder and fell 20 feet to the frozen ground. Unable to walk, he crawled inside and proceeded to argue with my grandma why he didn’t need to see some doctor.

Sure, we can applaud my grandfather’s strength and ability to swallow pain like a superhero, but he had a major problem. Refusing treatment wasn’t brave; it was foolish.

The whole family pleaded with him, and the next day he saw a doctor. The diagnosis: two pulverized heels and a few fractured vertebrae. After surgery, pins, screws, and a lot of time for healing, he can walk again—but only because he took his problem seriously.

We need to diagnose our problems with sober judgment.

Ezekiel 37 paints a picture of our human condition apart from God’s intervention. God describes the scene as a valley of dead, dry bones—and even when the bodies look alive, they lack the breath of life.

We know that the Bible says the wages of sin is death, and we’ve seen the kind of decay and destruction that sin produces. Nevertheless, it’s hard to admit that that’s OUR problem.

We’re gifted at deceiving ourselves and minimizing sin in our lives. After all, we don’t see immediate death. In fact, life might be good! Sure, there are areas of sin—carefully concealed—but it’s not a disease that’s killing me. We’ll just rub some ‘Tussin on it and walk it off.

The scriptures give a different diagnosis. Sin is deeper and darker. We have an enemy who’s more powerful. Our sinful nature is entwined in even our best of intentions. And we can do nothing to cover it up on our own.

The first step in healing is to admit we have a problem. The second step is to cry out to the One with a prescription to bring healing.