Learning to Lament With the Spirituals: A Six-Day Devotional 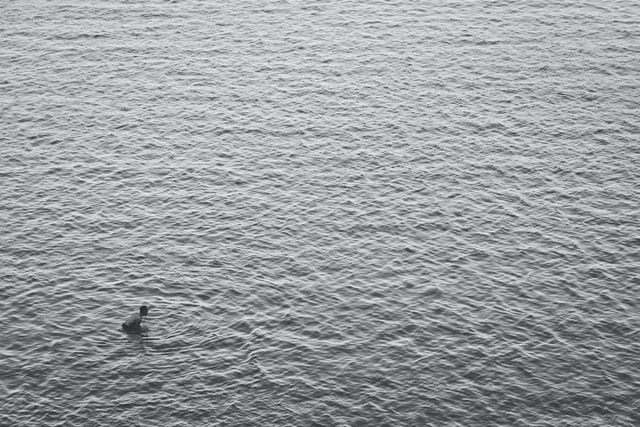 Wade in the Water

“Through all the sorrow of the Sorrow Songs there breathes a hope—a faith in the ultimate justice of things. The minor cadences of despair change often to triumph and calm confidence. Sometimes it is faith in life, sometimes a faith in death, sometimes assurance of boundless justice in some fair world beyond. But whichever it is, the meaning is always clear: that sometime, somewhere, men will judge men by their souls and not by their skins. Is such a hope justified? Do the Sorrow Songs sing true?” —W. E. B. Du Bois in Of the Sorrow Songs

The American sociologist and civil rights activist W.E.B. Du Bois cleverly refers to the Spirituals as “Sorrow Songs,”  as they depict the wretched plight of slaves—their melodies tuned to the tempo of their battered souls. The lyrics such songs contain formed as the African peoples, stripped from the fertile coffee-colored soil which nurtured their generational memory and harbored the richness of their identity, adopted the hope of the Christian faith while yet reckoning with their hellish New World realities. These extemporaneous ballads escorted through oral tradition reflect the deeply personal attempts of the slaves to grapple with God’s promises even amidst tribulation. Deprived of social and economic status, these resilient believers clung to the one thing that no human could take from them: their faith that if “they’d put their trust in Jesus…[he] would make everything alright.” Such an expectation of deliverance surely included present freedom, but also transcended beyond to the anticipated jubilee in the life to come.

Evident in this response to suffering is an acknowledgement of the world’s brokenness and a pining for shalom—“the webbing together of God, humans and all creation in [ultimate] justice, fulfillment, and delight.”  The Spirituals amplify the tension between existing in the in-between world, in the “already” and the “not yet,” aspect of the Christian faith. Despite the troubles these slaves faced, though, they took solace in knowing that their deliverance would come if not in this life, at the return of Christ. What a miracle!

All believers live in the in-between age as we await Christ’s return. Although we experience highs, our lives on this side of shalom also contain incredible lows. Promises expire. Drugs lie. Relationships cease. Violence reigns. Injustice prevails. Pandemics kill. Politics divide. Humans break. In Christian sub-cultures in which some people shame any sign of doubt, we may feel uncomfortable in admitting our grief, declaring our despair. But as the author of Lamentations demonstrates, lamenting in the face of trauma has consistently been a challenge for people of faith. Our God can more than handle the full spectrum of human emotion including heartbreak, sorrow, and distress. In fact, he goes so far as to provide some guides.

Let this devotional serve as an invitation to dwell in the tension between the human life and the divine hope. Enslaved and distressed believers of old left for us examples of how to perform theology in the “minor key.” So, reach out to God as he reaches to you in a thin space—where for just a moment, the heavenly realm seems to touch earth. For it was out of such miraculous intersections The Spirituals were conceived.

Old Testament Background for the Book of Lamentations:

The prophet, Jeremiah, authored a collection of five laments during Babylon’s seize of Jerusalem, “Daughter of Zion,” in 586 BC. The Book of Lamentations chronicles the devastation of a city that was once prized by God, but had since been ruined as a consequence of sin and covenant unfaithfulness to Yahweh. The prophet authored his first four laments using an acrostic format, meaning that each of the twenty-two letters of the Hebrew alphabet introduce a stanza. This structure both helped with memory retention and served to demonstrate that the Holy Spirit guided Jeremiah through his grief methodically and with precise intention.

Common themes throughout include sin, sorrow, lovingkindness, remembrance, and hope.

Download and listen to "Wade in the Water" as you reflect on the faithfulness of God.


Photo by Dash Gualberto on Unsplash.