See the Invisible: Do the Impossible 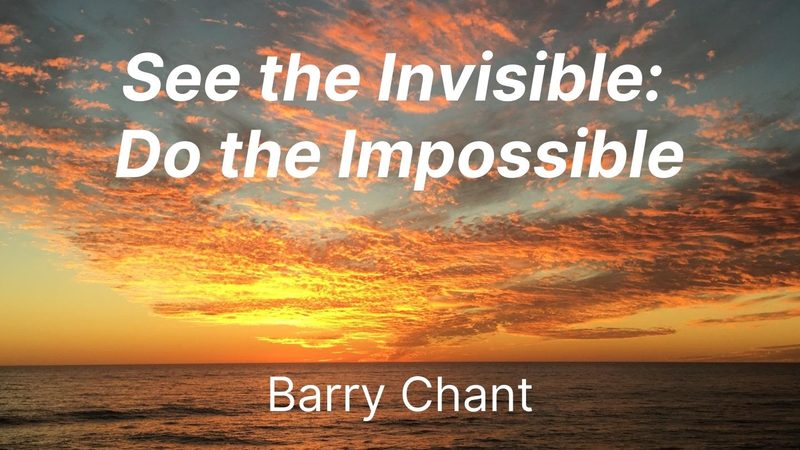 God… raised him from the dead and seated him at his right hand in the heavenly places far above all rule and authority and power and dominion, and above every name that is named, not only in this age but also in the one to come (Ephesians 1:20-21).

It was by the resurrection that God demonstrated the deity of Christ (Romans 1:4). There are many credible stories of people being brought back to life, but all of them died again, eventually. Jesus is the only one who was raised and has never died. His resurrection is unique.

In the heavenly places: This is not to be understood geographically. Heaven is neither ‘up’ nor ‘down’. The heavenlies are where God dwells—and in this sense they are everywhere (2 Chron 2:6; 6:18). But specifically, the heavenly places are those where his Presence and Power are manifest.

Far above all: This phrase again contains the prefix huper and means exactly what it says. Christ is supremely exalted. Not just above, but far above every other claimant to superiority, every—

· Authority: as a single policeman can stop a huge truck, authority always trumps power. Christ’s authority supersedes all other authority.

· Power: name the most powerful, dynamic force you can think of and it shrinks before the power of Christ.

· Lordship: Christ is far above every monarch, dictator, president, prime minister, premier, archbishop, billionaire—whoever you like to name. The Greek term includes the word kurios which means ‘Lord’. There may be lords aplenty, but he is The Lord.

· Name: Think of any name you like, past, present or future, but God has given Jesus a greater name, the name that is above every name, that at his name every knee should bow and every tongue confess that he is the Lord (Phil 2:9-11). His name is the saving, cross-centred name of Jesus (Matt 1:21). He is far above all! What a name! What a Saviour!

1. Pray through the five attributes of Christ given above. Take them one by one and ask the Holy Spirit to give you a fresh revelation of how each one applies to Jesus.

2. Think of two or three great songs about the name of Jesus and meditate on them during the day. Maybe you could even write your own song. Why not?