5 Days To A Grumble-Free Home 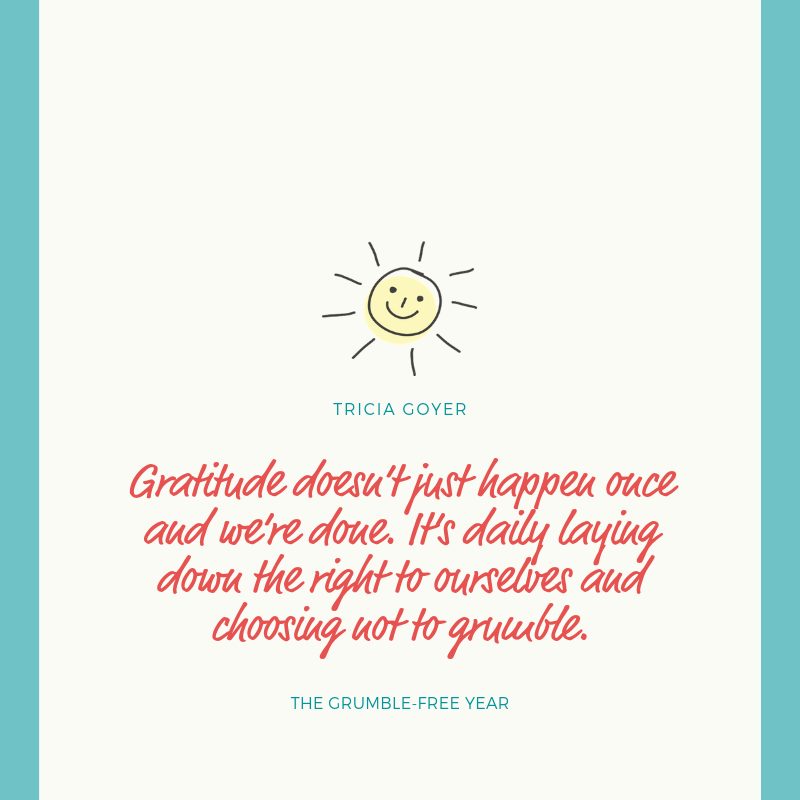 If laying down my life were easy, then I wouldn’t need Jesus. I wouldn’t need to get up early, seek His face, and ask Him to transform my grumbling heart even before the day begins.

Peter’s life was transformed as he faced hardships, and Peter’s heart was transformed too. Later, the man who was ready to fight and die for Jesus realized it wasn’t one grand display that would prove his love, but the daily pouring out.

In a letter to fellow believers, Peter wrote, “Above all, love each other deeply, because love covers over a multitude of sins. Offer hospitality to one another without grumbling. Each of you should use whatever gift you have received to serve others, as faithful stewards of God’s grace in its various forms” (1 Peter 4:8–10).

Today I awoke with a grumbling heart, but as I sat before God everything changed—not externally, but internally. And I knew that my day—as busy as it was—would be transformed too.

Getting lost in the middle of ingratitude happened so easily, but refocusing—that was the harder part. How much easier life would be if we could just be brave and do one grand gesture for God and then everything would be smooth from there. Instead, life means laying down oneself over and over again—for your grandmother, for your new-to-adulthood child, and for your difficult teen.

That’s what following Jesus truly is all about. Loving through the hardships and when we feel weary. Choosing to praise instead of grumble, and pausing to find God in the midst of busyness.