I WILL STAND STRONG 30 DAY CHALLENGE 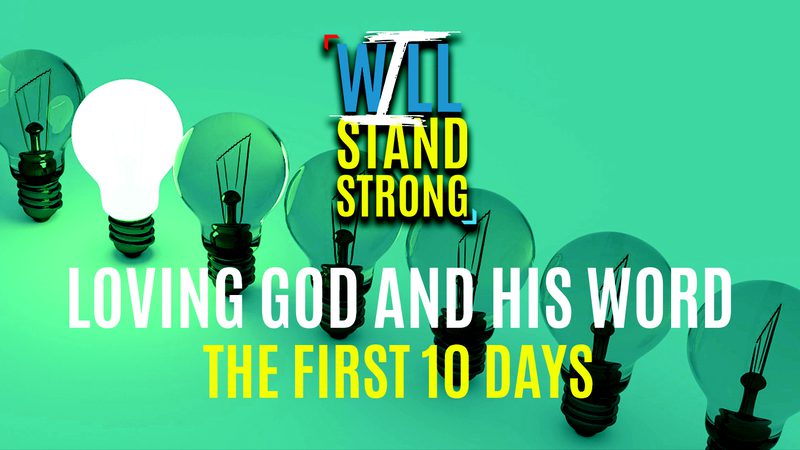 The Revealed Things of God

Researching one’s ancestry is all the rage. Millions of people are submitting their DNA through services like Ancestry.com and 23andMe.com to learn more about their heritage and genetic profile.

Similarly, by seeking to learn more about God as Creator, you can learn more about who you are. There are many things in the world that attempt to shape your identity. However, your identity is determined by your Divine Creator, who created you to have a relationship with Him. For you are made in His image and likeness (Genesis 1:27); and have been endowed with spiritual, emotional and intellectual abilities that reflect Him in special ways. Which is why God has revealed Himself in four special ways so that you can know Him and make Him known.

The first way God has revealed Himself is in creation. Paul writes in Romans 1:20, “For ever since the world was created, people have seen the earth and sky. Through everything God made, they can clearly see his invisible qualities—his eternal power and divine nature. So, they have no excuse for not knowing God.” Elsewhere, we are told that creation speaks of the glory of God (Psalm 19:1-4). The vast splendor and complexity of the universe speaks to there being a magnificent Creator who made all things.

The second way God has revealed Himself is through human conscience. God, who created the universe and placed the earth in orbit, also designed human beings to fulfill His purpose and given all of us a framework to live lives of morality. The Bible states that the Moral Law is written on our hearts (Romans 2:14-15). Which explains why we know right from wrong and have a moral obligation to do what is right.

The third way God has revealed Himself is through the person of Jesus Christ. Jesus came into the world to not only reveal His love for mankind, but to restore us to Himself by laying down His life for our sins (1 Peter 3:18).

The fourth way God has revealed Himself is in the Holy Scriptures. 2 Timothy 3:16, 17, “All Scripture is breathed out by God and profitable for teaching, for reproof, for correction, and for training in righteousness, that the man of God may be complete, equipped for every good work.”

How does it make you feel to know that God has revealed Himself in these special ways?