Jesus: Our Banner Of Victory 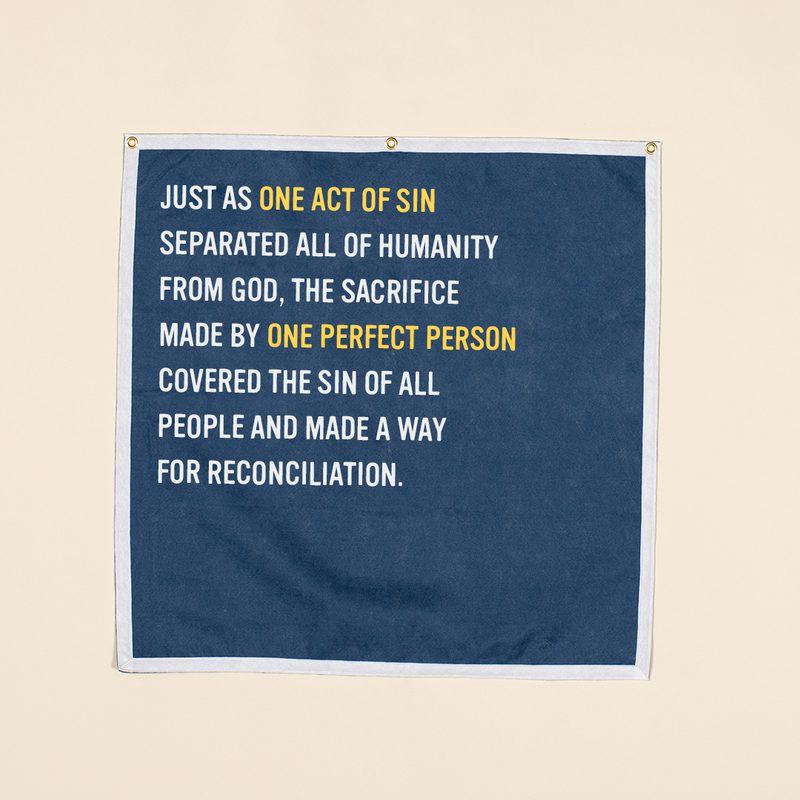 When Adam and Eve first disobeyed God and ate the fruit of the Tree of the Knowledge of Good and Evil in the Garden of Eden, sin became a part of the nature of mankind. Ever since, humans have been born naturally separated from God because of that sin. Because He is perfect, God simply cannot be in close proximity to sin. In the Old Testament, the Israelites were required to frequently sacrifice an unblemished lamb to atone for sin. The offering had to be perfect to cover the debt of sin - it was the only way a person could stay in right standing with God.

Jesus is often referred to as the “Lamb of God”, because His sacrifice on the cross covered the sin of humanity. One of the many miracles of the cross is that it reversed the curse of Adam and Eve’s sin: Just as one act of sin separated all of humanity from God, the sacrifice made by one perfect person covered the sin of all people and made a way for reconciliation. Because Jesus offered Himself for us, we have the opportunity to be in relationship with God again. When God looks at us, He doesn’t see our sin - He sees the righteousness of His Son.

As we enter this Easter week, spend some time reflecting on the incredible gift Jesus gave us when He gave His life to cover our sin. The apostle Paul begins Romans 6:23 by saying, “The wages of sin is death.” We were essentially dead in our unrighteous state, destined for eternal separation from God. But Paul continues the verse with the ultimate redemptive truth: “but the gift of God is eternal life in Christ Jesus our Lord.” Because of Jesus, the debt of our sin has been paid, and we get to spend forever in the presence of God!

Also, since Jesus has covered us in His righteousness, we are free from the power of sin in our lives. Don’t allow yourself to be enslaved to your old sinful nature. Jesus has won the victory over sin, and He has freely shared that victory with you! It is for freedom you’ve been set free. Walk in it!