The God Of New Beginnings: Hope For The Lost 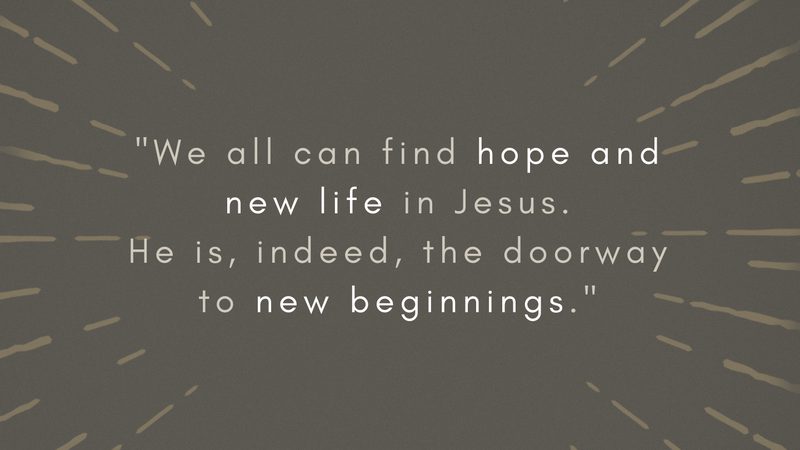 One day in the spring of 2013, I got a text from our senior pastor, Dary Northrop. He brought up a guy named Aaron, who had given his life to Jesus and wanted to get out of the strip club business he and his two brothers had inherited from their father. He wanted us to come and see the property. I texted back a yes, not really knowing what I was getting myself into.

Aaron’s new life as a Christ follower prodded him to try to convince his two brothers that they should sell. He was tired of living with the tension of doing a men’s Bible study in the morning and opening the club at night. He was desperate to extricate himself from this wretched livelihood. Maybe this building could even be redeemed for something positive. As Aaron gave us a tour of the nondescript, poorly maintained industrial building, a knot began to tighten in my throat. A lot of the women who worked here night after night were just trying to hold their lives together. When we turned toward our car and got inside, I uttered one sentence, my voice cracking as I spoke: “We have to do this, and I want to put my name in the hat to lead it.”

We purchased the building. As we closed the club, though, I realized that many of the women were losing their only source of income. We wanted this church to help people, not hurt them. Thankfully, as we started the Genesis Project—“a place of new beginnings”—we were able to help some former employees with the transition. The building became for us a metaphor of what God might do in people’s broken lives. He would take all that was dirty, ugly, and shameful, redeeming it for a great kingdom purpose. Here in this run-down, beat-up, shadowy place where so many dreams had died, God was getting ready to turn on the light of the good news. That’s what Jesus does, He proclaims good news to the poor and freedom to the captives, binds up the brokenhearted, and pulls prisoners out of darkness.

We knew this ministry would not be a good fit for people looking for a church with everything functioning well and in order. Our work was going to be unavoidably “messy,” and some of us don’t do messy very well. There would be no us versus them at the Genesis Project. We all needed to admit that we stood in equal need of God’s grace. When we recognize our own spiritual bankruptcy, it changes how we view other people. None of us can pull ourselves up by our own bootstraps. It took the same sacrifice at Calvary to rescue you and me as it took to rescue the lowest drug addict.

Those who stayed with us believed with all their hearts that God could redeem messed-up lives, and we saw dramatic transformation in many. Yes, some people make foolish choices. They should have known better. Whether people shoot themselves in the foot repeatedly or only seldom, they all—we all—can find hope and new life in Jesus. He is, indeed, the doorway to new beginnings.

What messes in your life need God’s transforming power?

How do Christians often see needy, broken people? What needs do you share with hurting people?

Where in your own life do you see the need for new life and hope in Jesus? Who can you reach out to with the hope of a new beginning in Jesus?