Jesus's Path To The Cross: An 8-Day Devotional 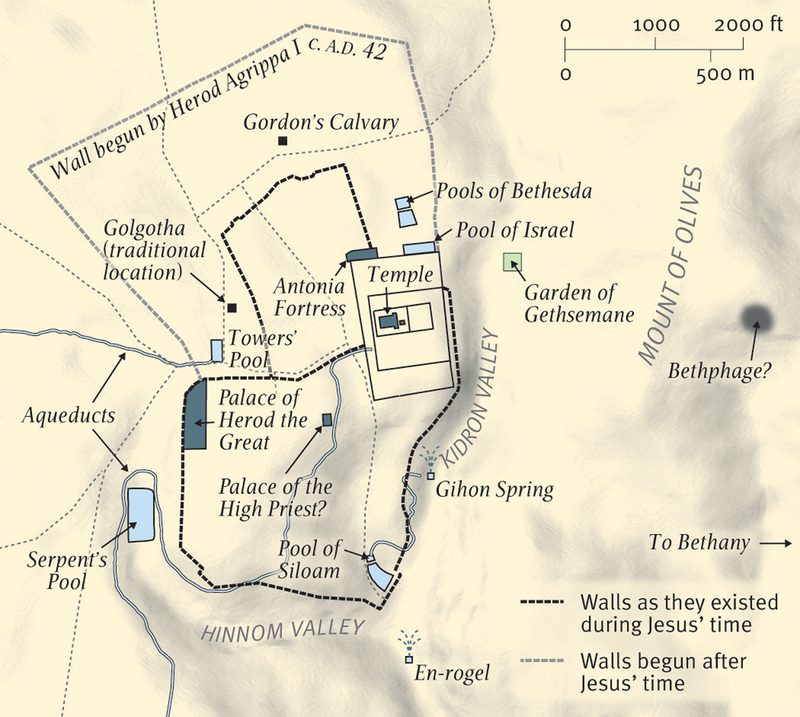 Descending the Mount of Olives, Jesus would have crossed the Kidron Valley and then entered Jerusalem through a gate in the city’s eastern wall, probably one south of the temple complex rather than through the temple’s eastern gate, which was not normally open for pilgrims. Sometime afterward, Jesus entered the temple, likely through the Hulda Gates on its southern wall, as did most worshipers. Archaeologists have uncovered remains of these gates, portions of the broad processional stairway that approached them from the south, and large, public mikva’ot (ritual immersion pools) just outside the gate.

By the time of Jesus, Jerusalem had grown from a modest military fortress to a world-class city with a newly renovated temple that rivaled nearly any in the ancient world. Public pools were fed by the Gihon Spring and by two aqueducts that brought water to the city from as far as 7 miles (11 km) away. The towns of Bethphage and Bethany were located on the eastern slope of the Mount of Olives, which lay to the east of Jerusalem.