You have to have it from your friends 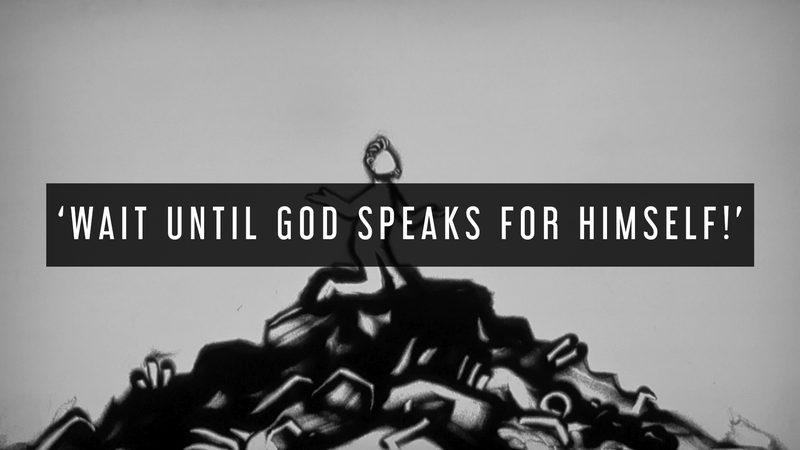 Job is blessed with friends who come to see him in his grave misery. They come to see him when his whole life collapses and when everything he had is taken from him. They sit dumbfounded next to Job for seven days after they cried loudly at the sight of their friend's condition. Now that they have recovered from the first shock, they begin the conversation with Job.

Now you have to remember that you are still, as it were, a spectator in an old theater play. Job does not know the heavenly scenes, and the friends of Job also have no knowledge of the meeting of the heavenly people with the Most High God. They act in a familiar reflex: they start reasoning and trying to explain why everything actually happened that happened. In the reasoning, God frequently comes up in what they say, as if they know and understand everything about him.

Elifaz, a friend from Teman, thinks Job should be ashamed of his words and behavior. Because, in the past, Job was always full of advice and good words for others:

And he goes even further. “Remember: who that was innocent ever perished? Or where were the upright cut off?” (Job 4: 7). The friend of Job has his thoughts about the situation of Job. There must be something wrong because the troubles and the difficulties don’t just appear out of nowhere. There must be something wrong with Job is his conviction. But, of course, God is good for you!

Behold, blessed is the one whom God reproves;
therefore despise not the discipline of the Almighty.
(Job 5:17)

For Elifaz it’s clear: God is behind Job's misery. But is that really so? That question is the key to understanding the book of Job. Wait until God speaks for Himself. However, the story is not that far yet, because Job's friends speak extensively. That’s what friends are for, right?! ;-)