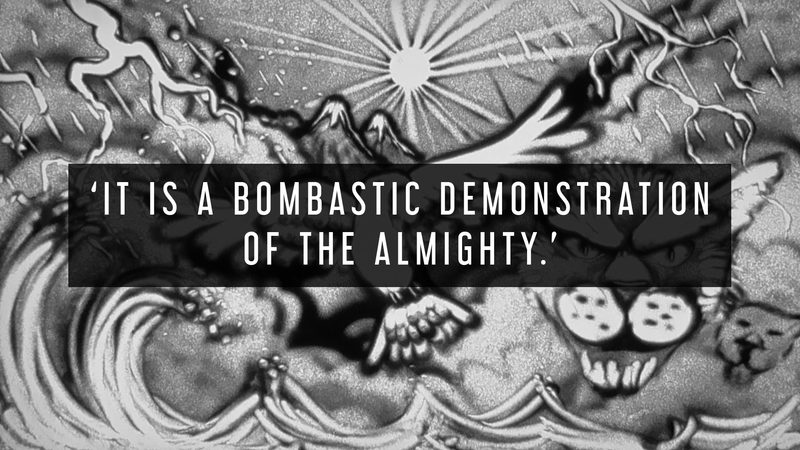 After chapters full of speeches, it seems the Lord has had enough. In a mighty storm, the LORD breaks into the scene Himself, in all the conversations that occupy the vast majority the book of Job. He completely ignores Job's friends with all of their reasoning. "Dress for action like a man; I will question you, and you make it known to me." (Job 38: 3). After all the criticism of Job's friends, who blame him for everything and criticise his attitude towards God, in particular, the Creator Himself argues now with Job. With Job alone, that is.

He takes him into the grand and the small of creation. From the foundations of the earth and the dust of the universe to all the galaxies that are out there. From the thunderbolts to the lion. God's question is always about 'Where were you when ...', 'Do you know about ...', 'Who has ...'. It is a bombastic demonstration of the Almighty who turns the theater upside down and not only leaves Job, but also his friends, flabbergasted.