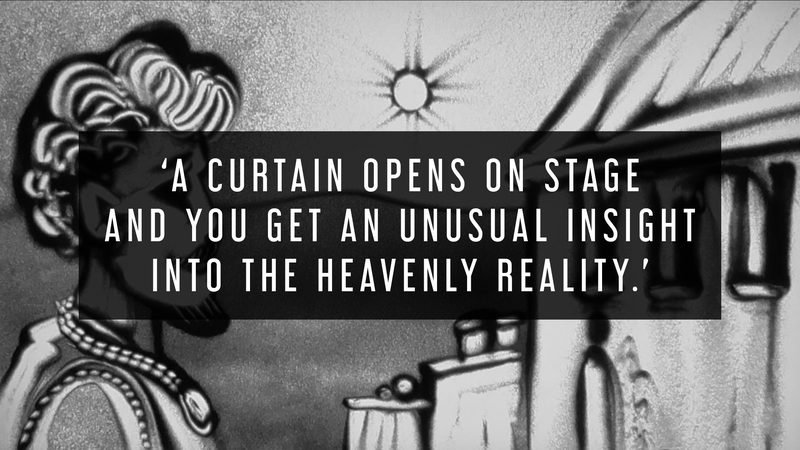 How do you deal with the suffering that happens to you? That is exactly what the book of Job is all about. The book feels like an ancient theater piece, an ancient Shakespearean play in which the question of suffering is discussed in rich dialogues. Everything revolves around Job, a rich man who is overwhelmed by misery. Today you will meet him. People suspect that Job lived in the same time as Abraham, but we’re not sure. It probably doesn’t matter. He was rich and life went well with him. By the way, his wealth is not the first thing that is mentioned: ‘That man was blameless and upright, one who feared God and turned away from evil’ (Job 1: 1). Everything is going well for him.

A curtain opens on stage and you get an unusual insight into heavenly reality: the heavenly residents make their appearance before the LORD. Satan is there too. Job is talked about because the LORD explicitly asks for it. Satan has some trouble with the fact that life is easy for Job because everything is going well for him. Wait until the positive things in life for him are taken away, then that belief and righteousness will soon pass away, he argues. He would prefer to take away everything from Job, as then you will see that Job will curse the LORD in his face! "And the Lord said to Satan, Behold, all that he has is in your hand. Only against him do not stretch out your hand." (Job 1:12). The consequences for Job are dramatic. He loses all his property and his children in one day!

Then Job arose and tore his robe and shaved his head and fell on the ground and worshiped. And he said, “Naked I came from my mother's womb, and naked shall I return. The Lord gave, and the Lord has taken away; blessed be the name of the Lord.” In all this Job did not sin or charge God with wrong. (Job 1: 20-22)

This first chapter is only the opening scene of a special book in the Bible, even though many people know only the beginning and the end of the Bible book. In the coming days, you will meet this man in his deepest misery. And you’ll meet his friends. And what kind of friends those turn out to be!