In Pursuit of Freedom 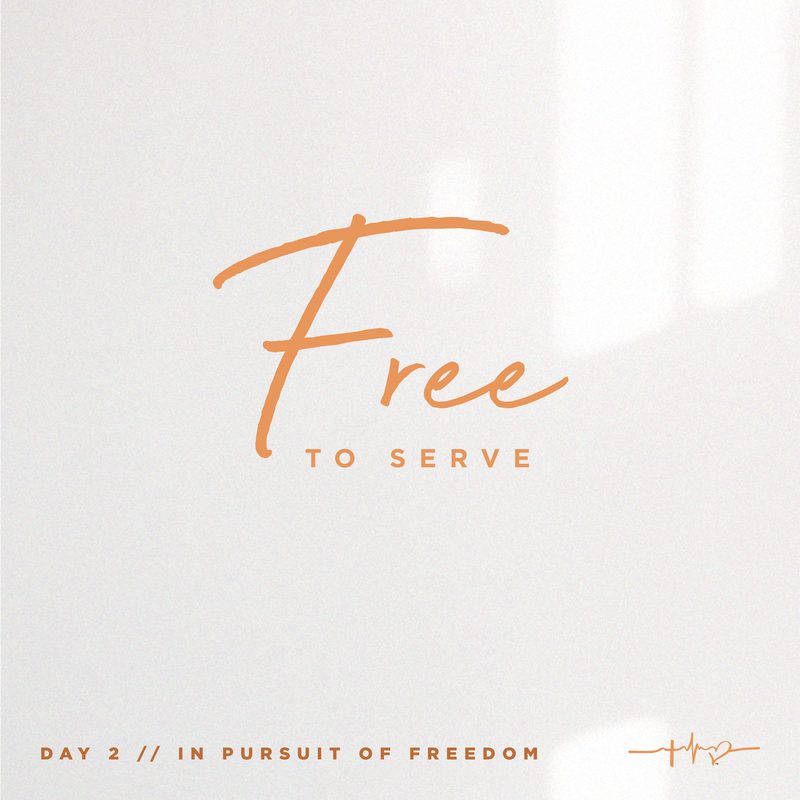 “You, my brothers and sisters, were called to be free. But do not use your freedom to indulge the flesh; rather, serve one another humbly in love.” Galatians 5:13

To the nonbeliever, the idea of being free to serve makes little sense. Today’s culture is certainly proof of that. From the classroom to the boardroom, from the big screens to our phone screens, we live in a society that tells us—in subtle and not-so-subtle ways—to look out for number one.

But the life and death of Jesus Christ modeled for us a different way of thinking. If anyone had both reason and ability to promote Himself above all others, it was Him. Instead, He did the very opposite. He lived a life of sacrifice on behalf of others. And in what was the single greatest act of service the world has ever known, He humbled Himself by becoming obedient to death (Phil. 2:8) - a gruesome, humiliating, and excruciatingly painful death that should have been ours to pay.

More than likely, we will not be tasked to die in another’s place. However, those who know Him will be called countless times a day to think of ourselves less, to surrender our own desires, to elevate the wants and needs of others above our own, and to submit to an Authority who is greater. In doing so, we will find both a purpose and a joy greater than we have ever known. We will find there is freedom in putting others first.

Is there an area of your life where you sense the Lord leading you to submit fully, even though it means putting your own desires last? Is there someone today who you can serve, who you can prioritize even if it costs you something? Spend a few minutes with the Lord now and ask Him to bring something or someone to mind.